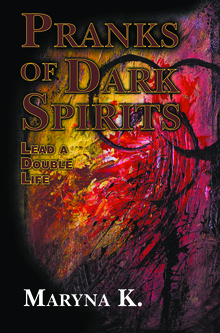 Cult Purifiers of the Faith opens on another hunt for dark forces.
The old witch Anabel rescues the reincarnated young witch( her niece), and throws her into their old enemy's house as a baby girl.
The old count died a long time ago, but his three sons still live in his huge mansion. Two brothers were against keeping the foundling child , but the third one - Henry,the youngest, decides to keep and take care of the girl.
Later, the grown-up girl surprises everyone with her extraordinarity and appearance of numerous talents,attracting unnecessary attention from the CultPurifiers of Faith, of which one of the brothers - John is secretly a member.
Also ,in this story the incredible adventures of Henry,and his acquaintance with the forest witch Teresa in whom he will find his love. The insidiousness of the witch Anabel and the black warlock Tamerlan. Countess Gabrielle leads a double life .In the Dark World she is named Gabrielle but in Henry's life she is "Anna". Gabrielle's great love for the Prince of Dark Forces - Aratron. The gargoyle Bethor turned out to be a real friend for Gabrielle. And also futured are the numerous intrigues of witches and dark spirits to the presumptuous Cult Purifiers of Faith.