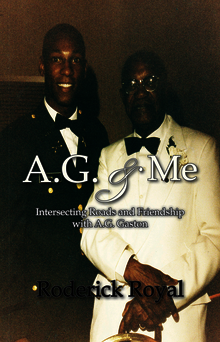 Arthur George Gaston was believed to be the wealthiest Black American in the state of Alabama by the mid Twentieth Century. Known for his keen business acumen and philanthropy, Gaston built a diversified business empire valued at over thirty million dollars. His vast business interests included a bank, an insurance company, funeral homes, cemeteries, radio stations, construction and realty companies, senior homes and a business college as well as several other parallel interests. Gaston became even more known for his interest in the development of black children, particularly young African American males. His interest led to the founding of the A.G. Gaston Boys Club in in 1967. Although thousands of boys and girls have come through the doors of the Club, these pages tell the story of the relationship between one of the boy members of the Club and Gaston, a man of wealth from humble beginnings, who befriended and intervened in the life of an at risk boy in a personal way.