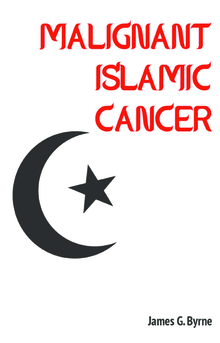 A woman talking about Muslims asked, “They look like us, some even talk like us. How can they commit such atrocities on other people?” When discussing Muslim atrocities, an ex-Muslim woman asked, “When will Muslims address the inconsistencies between their conscience and their creed (Islamic ideology)?” These few words encapsulate a major impediment for most Americans and Westerners in comprehending the eternal deadly threat posed by Muslims.

Further difficulties in overcoming this impediment surface when Muslims and Muslim sympathizers lie to us, generally presenting the Islamic ideology as a “religion of peace.” And then there are insidiously self-destructive trends we inflict on ourselves, such as political correctness and multiculturalism.

Our political leaders have also failed to lead us. From the days of Thomas Jefferson, through the Forgotten War, Carter, Reagan, both Bush’s, Clinton, and anti-American, pro-Muslim Obama, we have consistently failed to define the enemy much less defeat them.

In addition, far too many of us rely on the news media and Internet where seconds-long sound bites are the norm, hardly sufficient to convey adequate and credible information about Islam and Muslims. Adding insult to injury, these sources often include pro-Muslim individuals who lie and deceive.

A particularly difficult challenge to overcome is the process of viewing Muslims through the American prism. Our hard-wired expectations lead us to uncharted territory when assessing Muslims and the Islamic ideology. Our culture is based, in part, on the concept of separation of church and state; no such concept exists in Muslim culture—mosque and state are one. It takes an enormous effort to set aside our heritage in order to comprehend the effects of this Islamic norm on a society.